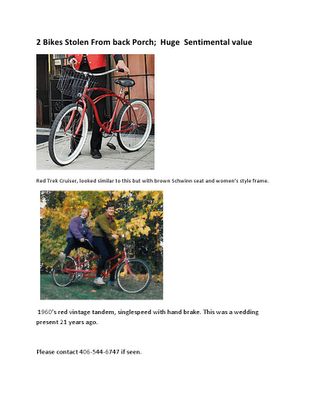 Posted by Shaun Radley at 7:09 PM No comments: Links to this post

In the final week of August 2012, cycling team Sportsman Ski Haus’ stress levels led to extreme productivity in the final week of preparation for their first ever race promotion.   While we have come quite adept to pedaling in circles really fast, we have yet to indulge in the pleasure of putting on a bike race.  As a side note, we would like to thank EVERYONE who ever put on a race… it’s a doosy!  Fortunately our maternal figure Rose was capable of making the logistics come together incredibly smooth while the less intelligible, and unfortunately less good looking guys were left to scrounge up goods and pound stakes into the ground.

After finalizing course prep Friday night at 9, some of us may or may not have indulged in more than one cold, refreshing, hoppy beverages, unwinding from the stress and heading to bed peacefully considering that racing tomorrow was not in the cards.  Others probably did what they were supposed too…

Big Clint headed up the major race day details along with Sheli and our lovely volunteers, and somehow convinced the late night beer drinker to race.   Looking at the field, it was compact, but loaded with talent.  The Curry’s of course came to keep everyone honest, young phenom Landon was here for redemption after the Herron Hammer, and Butterfield was ready to show everyone why he only needs one big ring.

In the women’s race, Rose Grant (who stated her goal was to “participate” in the race) opened a strong gap and was tagging along near the tail end of the Pro/Cat 1 Men’s field, distancing herself from Lisa Curry, Lyndsey Campbell, Petra Davis, and recently upgraded XTERRA bada$$ Savannah Matyas.  Poor luck struck Campbell and Davis, while Lisa maintained damage control after stating her legs weren’t feeling quite to their regular all star level.  Rose (and baby) became 2012 Montana State Champion(s).  Honoroble mention goes out to Cat 2 champ Ivy Pederson, and junior Shayenn Thomson!

In the men’s race, it was anyone’s guess as to who would prevail amidst a pack of hungry wolves who each have had great results throughout the season.  From the gun, Butterfield rapidly established dominance in his usual fashion, with Landon quick to follow and Sheehan latching on to the rear.  Curry settled in a few paces back, just enough to be fully engulfed in a cloud of dust, and Parsons and an evergreen Caleb Stolte made the chase pack.  Local hero’s Chance Cooke, Jason Schmidt, and Todd Cross of Missoula made for a second chase pack.  After a few minutes, Curry finally told Parsons to quit yappin’ and to get up to the front of the race and let some fireworks fly.  And then there were 4… creating a massive dust serpant as they snaked their way down some of the finest singletrack to be raced on in the state of Montana (thanks Foys To Blacktail!)  Starting up the second 7 mile lap (1300’ climbing per lap), Butterfield stayed the course til a wiley Parsons decided to shake things up a bit to see who was bluffing and who was puffing.  Landon was the only to follow, but started to fade toward the top of the Spirit Bear tailored course.   During the third lap, a resurgent mountain man Sheehan surged to catch Landon and attacked before the downhill while a driven Curry chased down Butterfield to steal fourth position.   Honorable mention to Men’s Cat 2 and Cat 3 state champs Orion Berryman and Brian Swenson and Junior Jordan Vandermolen.

Smiles were discernable through dust-caked face and children were buzzing with the rush of a fast paced children’s race and uncontrolled cookie binging.   Thanks again to our sponsors and supporters:  Sportsman Ski Haus, Hammer Nutrition, Ceres Bakery, Wheaton’s, Summit Cycles, Big Mountain, Great Northern Raft, and our families.  Thanks to you racers for coming.  Be there next year!!!
Posted by Shaun Radley at 10:11 AM No comments: Links to this post