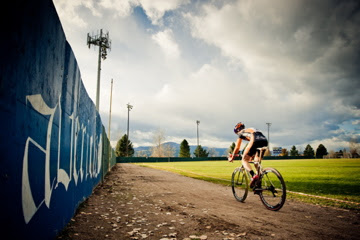 Cross Vegas is the start of the North American Cyclocross Season. Check it out tonight, live on cxmagazine.com.

Some Montanans will be participating. Phil Grove and Alan Adams are both on the start list. Actually I just heard Alan was going riding in Missoula this afternoon so I don't think he is down there.

Other Montana Racers will start their seasons at Star Crossed and Rad Racing. Ben Horan, Bob Presta, Peter Young, Brian Williams, Sean Jones and Anna Dingman. However, for the majority of Montana Racers, the season begins in Helena with Great Divide's "Last Chance Cyclocross." I for one am excited for the start of cross season. It's always fun to see old friends and watch the battles shape up.

This year in Montana the racing is condensed and should be highly competitive. The MT season ends with The Rolling Thunder Weekend and then the State Championship in Bozeman. As riders try to accumulate points in Helena, Butte, Bozeman, and the Flathead we'll be watching all categories taking notes for Thunder and State Champs. Who's the new kid on the block? Who's been putting in the time amongst Montana's Elite?

For Helena this weekend Frank is hot off a win at Werks, but 24 hour racers Toby and Doug should provide a nice challenge. Also, we'll see if Herzig can pick up from his late season run. Bozeman Crossers have been hitting the training, and I've heard of some new names. I look forward to seeing GAS and company ripping cross bikes. Dingman and Curry take their talents elsewhere so it's a good chance for Campbell, Dowd, Frykman, Rose, and company to snatch a win.
Posted by Shaun Radley at 1:39 PM No comments: