The above photo is of Flint Creek Pass. The site of Sunday's carnage. Flint Creek Pass is a tough Montana climb. I'm sure several riders remember Flint Creek Pass from the Ecology Center Classic and maybe even beyond, but I wasn't around then and so I have a different memory.

My memory of this pass stems from 2005. The UM Cycling Team decided to host a race on Flint Creek Pass (identical to Sunday's route minus Skalkahoe and GT Lake). During that season Montana races were well attended by the NW conference. We got over 125 racers to travel to Philipsburg. I was not in the Men's A race, but I'll never forget the stories told from Nacho Tack, Pipo, Marzullo, BrianW, Kneller, and Toby. Super domestique Marzullo pulled hard up the climb to setup Tack. Near the summit, Kneller, A Schultz, and Tack got away from the group. They worked down into Anaconda until disaster struck. The lead car led them down the wrong road. They got on the right path but it was too late the chase had reached them. To this day Phil says that was the fastest chase he's ever been a part of. All the sprinters formed a groupetto up Flint Creek, knowing that they were going to pin it on the descent into Anaconda. Eventually the group came back to together for the finish and Superman Kneller pulled his best Fabian Cancellara and stuck it with 1k. Shout out to MSU.

I'm sure JohnW and others could share some sweet stories about Flint Creek Pass.

Sunday a new story will be written.
Posted by Shaun Radley at 12:06 PM No comments: Links to this post

MTCX Slammer FOR SALE - Show those tan lines off 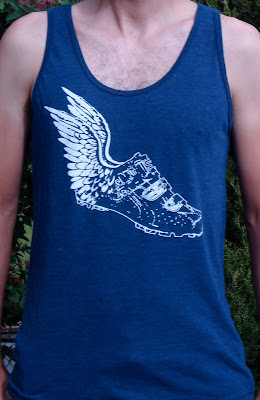 Posted by Shaun Radley at 10:22 AM 2 comments: Links to this post 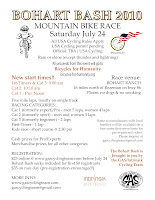 Bohart Bash is a sweet mountain bike race. The festive family atmosphere and the circuit course are something we don't get enough of in Montana. The GAS Team does a great job making the event not only fun for racers but for spectators. I encourage everyone to try it. If not this year, sometime.....it's well worth it.
Posted by Shaun Radley at 9:56 AM 1 comment: Links to this post 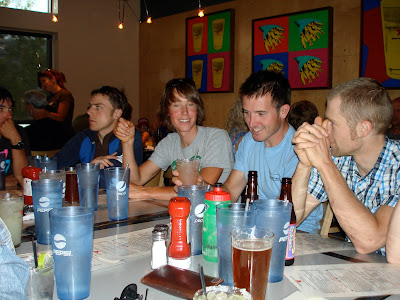 Posted by Shaun Radley at 10:55 AM No comments: Links to this post

Bill Schultz takes 3rd in the 55-59 age group.
Posted by Shaun Radley at 9:25 AM No comments: Links to this post

Montana Report:
US NATS MTB
Frank crushed it for 2nd in his age group (45-49), about one minute down. He used Alex Shoenfelder's Canondale due to super rough, rocky course.
I was ok, but an 8 year old hard tail wasn't the ticket for this course. Finished top 10 somewhere. Frank said if I had had a duel suspension bike, I'd have been 10 min faster. I'd say that's being generous.
Mike Longmire (Hammer) raced the 55-59; not sure how he did.
Our course started with a 1 km 20% climb. Tough!
Curry's race the pro race soon.
Alex Shoenfelder was somewhere in U23's. Results are up at USAC.
Dynamos: Andriy was 14th in 11-12's and Atticus was 23rd in Cat 1 15, 16. Some super fast kids here who are on it full time. But still great experience for all.
Altitude is around 9-10,00 on the course. Weather is perfect; pretty hot.
Don Russell officiating DH.
Dynamos/MTV represented!

Geoff Proctor
Posted by Shaun Radley at 12:08 AM No comments: Links to this post