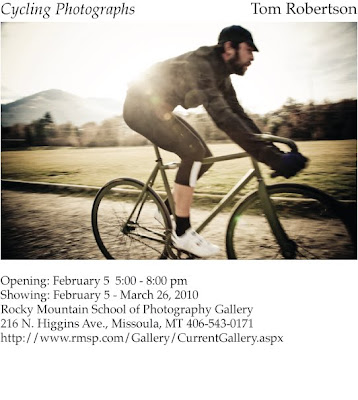 Posted by Shaun Radley at 8:09 AM No comments:

Checking in with Brendan Halpin 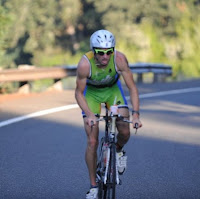 I've always shared a special bond with Halpin. We first met working at Adventure Cycling. Back then all we talked about was pro cycling and triathlon. The pro cycling thing didn't work for me so I created a blog :), but Brendan has really stepped up his game. He is now a pro triathlete, and has structured his lifestyle around making that next big step. I'm super proud of him.
Last year was a breakout year with your win at Wildflower, what has changed for your this year)?
Brendan: This year is going to be a big one for me. I nailed down how to race a Half Ironman this year and the goal this year is to really learn how to race Ironman. I will be racing Ironman St. George on May 1st along with TCH co-worker Jen Luebke. It is an early season race but the Southern weather and training should set me up for a great race. After Ironman I plan to take a little break and do some bike racing then hit the 70.3 scene for the rest of the season. This year I will be racing for the Zoot Ultra triathlon team along with Adam Jensen, and Jen Luebke. The sponsors for the the team include Orbea, Zipp, Suunto, and Zoot for clothing, wetsuits, and shoes.
What bike are you rolling this year?
Brendan: I will be rolling the Orbea Ordu w/ Zipp wheels. I'm super excited to be riding Orbea, they make a great rig that I think is among the most aesthetically pleasing bikes on the market.
What's your race schedule?
Desert Duathlon
California Half Ironman
Ironman St. George
Boise 70.3
Great White North
Vineman 70.3
Boulder 70.3
I will also be hitting up the MT road races whenever I can. I love racing the Montana road scene!
What has the Cycling House done for your triathlon career?
Brendan: The cycling house has set me up for a great triathlon career. The work schedule allows me the time to get in some great training and also forces me to get in some easier rides. Training in Montana all season makes you tough but training in Arizona makes you tan and thats what really matters. Owen has a great business with TCH and our staff makes it a blast! We get to meet a ton of awesome folks who are always willing to give advice. I have actually met quite a few great mentors at TCH who have been very helpful. The season at TCH is shaping up to be a busy one and the staff is already looking fit, tan, and jacked. The world better watch out for TCH employees at the races this year.
What are your predictions for the Grizzly Triathlon?
Brendan: Ben Hoffman once again runs away with the title, he is untouchable. Adam will be second with a battle between the Matt's closing in behind him. There could be a couple of unknowns that show that could throw a hitch in some of these guys plans. Linsey Corbin will run away with the race but Hailey Cooper will be a close second if she races. Megan Gaskill will be fast, so will Kipper and Anya will be in the mix. It will be a great race, and I'm bummed I will miss the race
Posted by Shaun Radley at 8:55 AM 3 comments:

Thank you for participating in my Stage Race Poll. I posted last week that I would use rider input to formulate the race route. I will stand by my promise. Here are the results with my commments:

48 Votes - Hilly & Hard (During the week I saw that this was going to be first place in the poll. I started to look toward the Little Rocky Mountains, and roads around the Fort Belknap Indian Reservation. The climbs are on the first stage will be big rollers. Think of the Belt Omnium with a hill finish.

44 Votes - Time Format (I was hoping people would like this. I love time format. It's harder on the officials, but I think it makes for more interesting racing. I will make this happen.)

40 Votes - Roubaix Style in places (I got some good feedback from friends on the Roubaix style. Brian is right, I don't want the race to be decided by flat tires. There will probably be a little dirt section that's well maintained to close a loop, but nothing with length that would require different tires.)

33 Votes - Short Time Trial (The time trial will be short. Right now I'm looking at two options. One is a hill climb around 2.5 miles, and the other is a rolly short tt.)

29 Votes - Hilly Time Trial (The time trial will be hilly)

26 Votes - Team Time Trial (Although this is my favorite idea, I think I might have to let it go for the first year. If you feel strongly about it either way, email me, I love feedback.)

23 Votes - Flat & Hilly (I'm making the course as hilly as I can with the given terrain. That was the number one vote getter. Picture the terrain as something similar to Cow Country. No mountain passes, just short climbs that end up destroying your legs.)

Once again I appreciate you taking the time to vote. This really helps in shaping the race.

A quick update from Worlds:
Still in transit. Long long trip. The hardest part of the journey always.
Worlds was sweeeeet. The battles, the conditions, the course, the ambiance--cyclocross wins the "best cycling discipline" in those departments, hands down. There's really is nothing like it. It is so motivating to see the best in the world racing cx. The level is so high. The Czechs, 4 elite men in top 8, super inspiring. Stybi was out of control good. The Poles in the U23 race as well. It was good for our younger US guys in terms of development, but, as always, expectations were high. We've had a good run in past few years in the Juniors 2006-Selander 6th; 2007-Summerhill 2nd; 2008-Luke Keough 10th; 2009-Luke Keough 13th. This year, not up to those places. U23's a little better. But good exposure.
TJ and James D rode really well in elite race. Katie was really bummed with her muscle cramp issues. So strong, so close, yet so far.
In Prague airport this morning with the Belgies. Talked to Erwin for awhile. He spoke about how the Belgians are really not used/not comfortable on snow, ice. Their bag, mud and sand.
Isn't cyclocross beautiful? That on the right course, the Czechs and Poles can neutralize the Belgie domination.
And frankly, the conditions in Tabor are what we in Montana would consider quite normal. Actually somewhat similar to Bend Nats.
Worlds 2013 in L'ville! Not sure we'll be able to call it a "home-field advantage" (new course) except for crowd support. I encourage anyone and everyone to start making plans now. The tentative plan is to have Masters Worlds during the weekdays just prior to the elite worlds races. Would be awesome if we could match the noise and craze of Tabor! I think we can.
Best,
Geoff Proctor
Posted by Shaun Radley at 10:05 AM 1 comment:

You see his name in lots of results. You know he's a good nordic skier and runner, but do you know how good he really is?
Two time 50 mile national trail running champ, 2008 100 mile running champ, and a whole host of endurance running victories. Since we're talking about skiing, I'll throw in the result where I first saw his name. 9th place 50k at Yellowstone Rendezvous, 2008. My running advisor Mariano Bessetti told me that Mike Wolfe is very famous in the endurance running world.
Along with his athletic prowess Mike is a super nice guy and deserved the OSCR victory yesterday.
The ladies race was taken by strong woman Annie Creighton. Annie lives in Hamilton and works at Valley Bike and Ski. This is Annie's 10th straight OSCR 50k title. WOW. 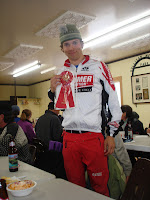 Behind him was "off the couch" Shryock. Montanacyclocross.com blogger Matt Shryock took 2nd. As most of my readers know Matt is deep in training for the 2010 triathlon season. Some folks could argue that fitness is fitness, and Matt's running, plyos, swimming, and trainer rides have put him in top shape for the OSCR. I'm not one of those people. Skiing is hard. Whether it's nordic or alpine your first time out is usually a warmup to the season. Matty had not skied once leading up to yesterday's race. Watch out Triathlon World here comes Ice. 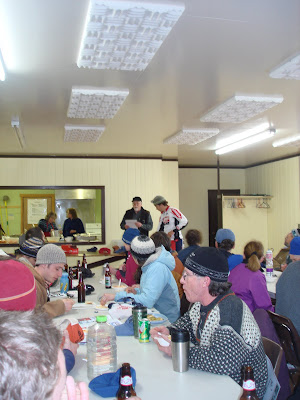 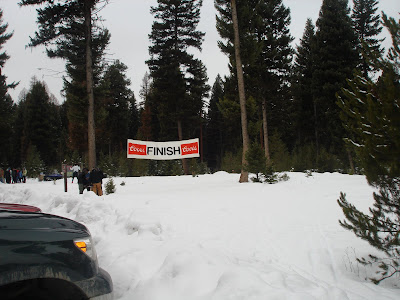 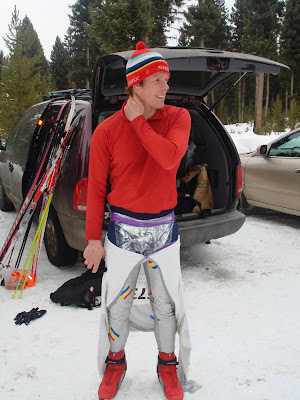 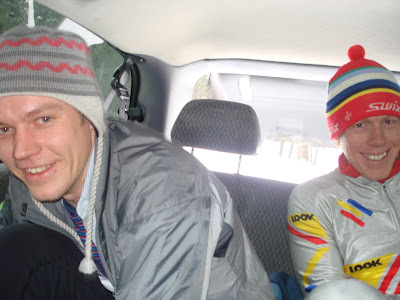