The way things are 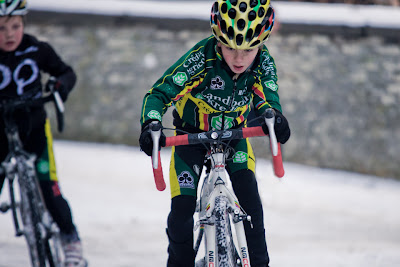 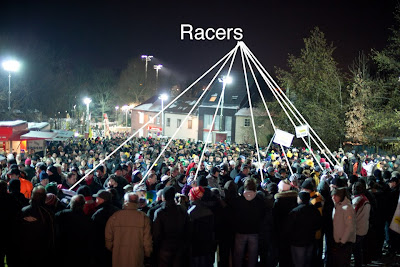 I saw something yesterday that made me realize why Belgians are so good at cyclocross. Two kids, fully kitted out, were zipping around on their cross bikes between the U23 and Elite races at Diegem. The one in green was working on his dismounts and shouldering his bike. Someone later told me it was Sven Nys' son. If he has Sven's genetics, I'd say he has a couple of legs up on his future competitors. He was pretty smooth in his transitions.

More to come from the World Cup in Zolder, and the night racing in Diegem. The race in Diegem under the lights was amazing. Think Rolling Thunder times 1,000....at least. The course completely lined with spectators, sometimes 6 and 7 deep. And the beer tent almost the size of a football field.
Posted by tom at 1:41 AM