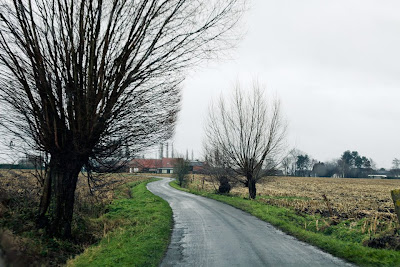 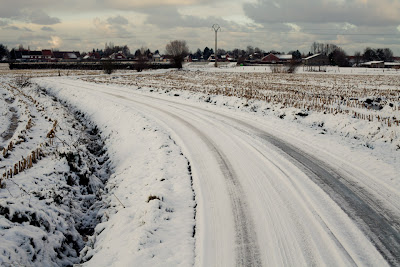 Contrary to what Mr. MontanaCyclocross says, it's definitely not trainer season in Belgium. In fact, it feels like things are just heating up. I've been given the "keys to the blog" to share my thoughts as an embedded photographer in the EuroCrossCamp. The camp, the brainchild of Geoff Proctor, is in it's eighth year of taking up-and-coming U.S. cyclocross racers to Belgium to race against the fastest riders in the world. I've known about this camp since it has started, and have been secretly trying to figure out a way to come over here. Years ago Geoff even mentioned offhandedly that I could come over and hose bikes off in the pits. That sounded awesome to me...but I had an office job that I just couldn't get away from at the time. But getting to come over now as a photographer is pretty damn awesome.

I've been here for a couple of days now, resting, looking at maps, trying to figure out how to get food (as I write this, I'm plowing through a jar of Nutella), working on press credentials, and driving on these narrow roads. It's been pretty cool so far, but things are really about to get kicking. I'm headed to the USA House in Izegem, Belgium tomorrow to meet up with the racers and the support crew, then we are headed to Lichtervelde for a small race. It's a local race to get the legs (and in my case, the shutter finger) opened up, before heading up to Kalmthout for a World Cup race. A World Cup race is just over-the-top from what I hear. Here's a link from the first couple of laps from the 2009 race in Kalmthout. It seems to be snowing heavily, and it's supposed to snow Sunday as well. Can someone come over and hold an umbrella over my head as I shoot?

And speaking of snow...it's on the ground now. When I landed in Brussels on Thursday morning, it was heavy clouds and dry. By the time I got to my accommodations for the night, it was raining steadily. Late in the evening, the steady rain turned into a steady snow. Today it was sunny with hard-packed ice on the road. The one constant seems to be that conditions change constantly. Stay tuned to this site for updates. I'll also be posting on my blog, as well as the Hellgate Cyclery blog...with the occasional sightings of my photos appearing on VeloNews.com, cyclingnews.com, and cxmagazine.com.

Awesome Tom, I am really looking forward to more reports from Belgium.