The weather held and the racers raced. MT Velo setup a wonderful course. The race support was excellent. Racers were checked on and cheered for constantly. Michelle, Rick, Karl, Scott, Frank, and Geoff did an awesome job. Loved it! If Velo hosts the race again this is a can't miss course.
With only six in the 1,2,3 field I knew it would be a difficult race. Before the big climb Corey launched a solo attack. Alan brought him back and continued to charge. He never looked back and took the KOM. Halp was second to the top, then Weston. AA time trialed to the win followed by Corey and then Weston.
Linsey took the ladies race with some excellent climbing. She finished second overall in her group on the road. The podium was rounded out by Campbell and Jen L. I can't remember who took the 4/5 race but Vernon was second and Iron Curtin was third. I'll get the winner's name ASAP. Photos and video by Geoff P. 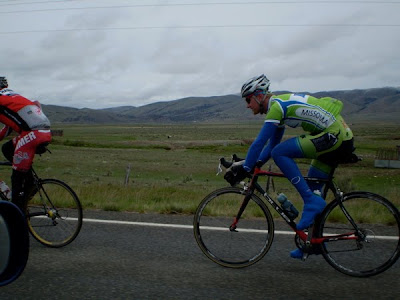 Jeff in the bunch - photo by Geoff P 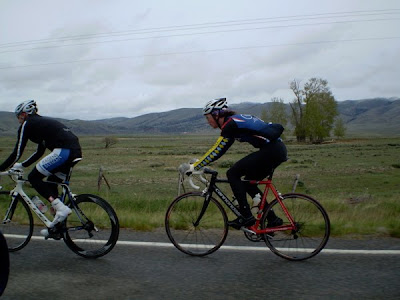 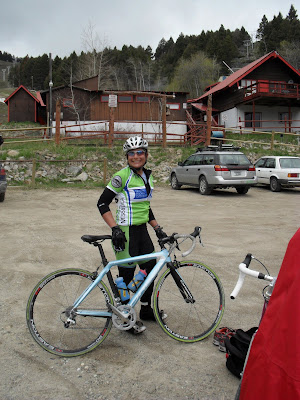 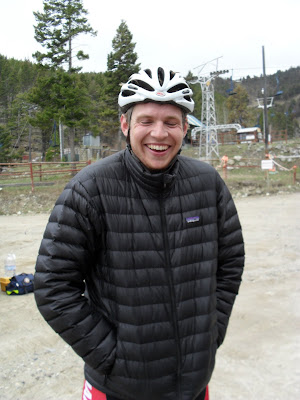 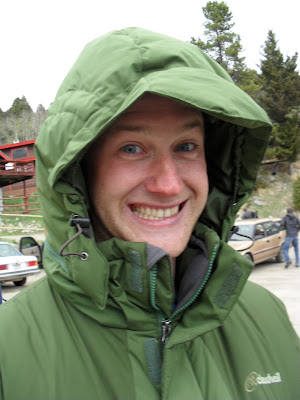 Jeff is pumped about the race
Jeffro on the finishing climb
Posted by Shaun Radley at 5:28 PM