"To motivate, encourage and support people of all ages in Missoula and surrounding areas to keep moving despite the fading good weather"

I wish I supported the Missoula running community more. It seems like a solid group of folks. Truth be told I really only do one run a year......The Freezer Burn. Steve Gaskill and company do a great job putting on this catchy event. I love his quote. Here in Montana we are deep in the shoulder season. The skiing is not that great, and it's too cold to bike......so what do you do?

Last year there was an epic battle at the back....

It started with Doug Dale walking down the hill at mile 10. Soon after that his Uncle and Ms. Jen Lueb

ke stormed by him. Dale begged Jen for a gel. Then the worse hit poor Dale. Right at the finish line I came up on him looking worse then I did at the 2009 OSCR. We crossed the line together......two beat up human beings that had no place being out there. Another memory I have is seeing Ice and Halp laying in the grass 5 minutes before the start to hung over to move.

Posted by Shaun Radley at 10:03 AM No comments:

UM Cycling is now recruiting. If you are interested in joining or asking questions email me.

Last year was a great introductory year for the Griz. Coming into 2010 there are 9 returning riders on the team. Add the returners to a nice mix of up and coming talent and YOURSELF and the Griz could be poised to make a run at the Northwest Conference and Nationals. Come be a part of a fun group of riders.

The team is led by Captains Bryce Daviess and Lindsy Campbell. Lindsy had a breakout collegiate season last year and looks to bring a full ladies team to nationals in 2010. Bryce has made huge strides and is trying to formulate a men's A team. Also returning for 2010 are top athletes Johnny Montana, JAgner, Wes, Ivy Audrain, Emily Kipp, Rollo Scott and Josh Goldburg.

The team is looking to

make a run at sending a squad to collegiate nationals. We need numbers. If your a Griz student or you know a Griz student encourage them to contact Lindsy, Bryce, or myself about joining the team. I'm thinking the team could have a very strong team trial squad. This could be a once in a life time run at Nationals. 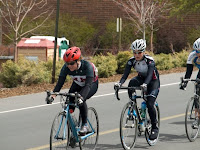 Find the spirit of the ram and get on the hottest band wagon in town, UM Cycling!
Posted by Shaun Radley at 9:12 AM No comments:

Follow the live coverage on www.cxmagazine.com. Follow all your fav MT racers.
Posted by Shaun Radley at 8:59 AM No comments:

John Fiore is Hungry for Nationals 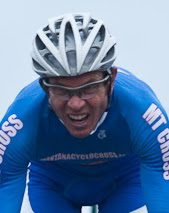 The US National Cyclocross Championships are less then two weeks away. Montana will be well represented. John Fiore is a veteran of big cyclocross races and will help lead a strong Montana contingent. Below is the Montana Schedule.


Photo by John Sieber
Posted by Shaun Radley at 3:48 PM No comments: