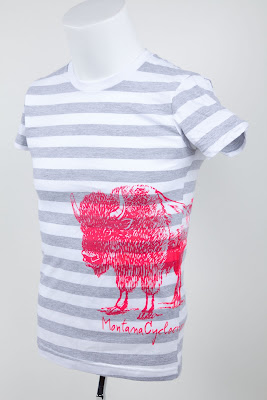 Posted by Shaun Radley at 12:17 PM No comments:

I couldn't find a photo of back to back winner Nicky Phear(sp) in the ladies race. Jamul came down and raced. 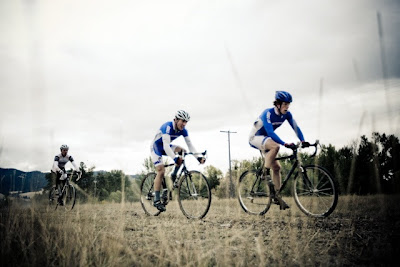 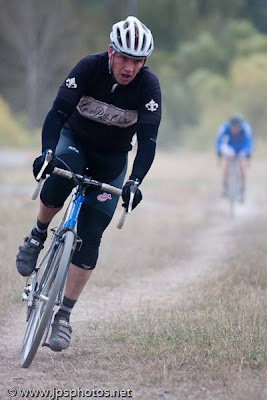 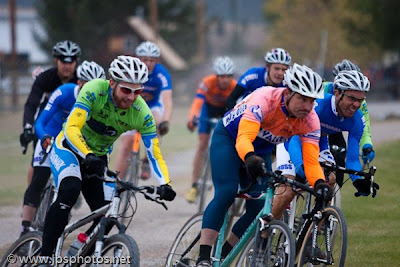 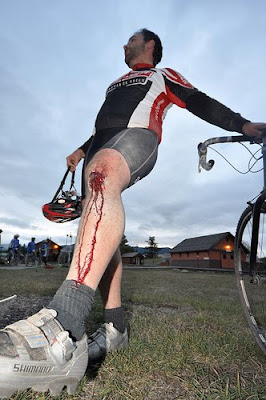 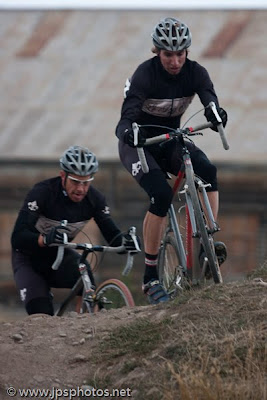 Posted by Shaun Radley at 8:42 AM No comments:

Doug is the owner operator of Wild Rockies Landscaping. He has a deep Rolling Thunder heritage. He has groomed our courses, mowed fields, moved dirt, and held back the south hills. In 2007 Doug took part in an epic battle with Clint "the lung" Muhlfeld. He finished second. Doug is super pumped about a new edition to this year's race. He wrote a little piece.
A Thrilling Thunder
Fall is here folks, there is a crisp nip in the air, and cx'ers are getting the crazy eye. This years Rolling Thunder looks to be more wild, crazy and grass roots than ever before. Here at Rolling Thunder Inc we have a special addition for Thunder 2009. It just so happens a world wide tribute to Michal J

ackson will be taking place Oct 24th at 6:30 p.m mountain standard time. The world will simultaneously be dancing Jackson's famous Thriller. Please check out http://www.manada.biz/dance.html and learn the steps. There are eight youtube lessons and the Thunder is seventeen days away so if you do a lesson a night there is ample time to go over every dance twice. Matty "chez-ice" and Joel "DTJB" (Down Town Joel Brown) will be leading the dance on the Wild Rockies flatbed trailer. Everyone is encouraged to join in, and we already look like a bunch of dorks in spandex so I don't foresee stage fright as being an issue. After the Thriller tribute racing will continue as planned. My vote is that "Pippo the Powerful" wins this years Thunder.
Doug Dale

Promoters Note: Right as the ladies race ends Chez-Ice Shryock will lead us in the Thriller Dance.
Posted by Shaun Radley at 3:04 PM No comments:

Rolling Thunder - Things to think about 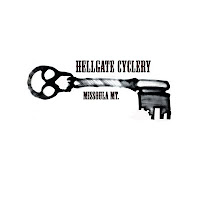 *Mens winner receives a Major Jake frame and fork from 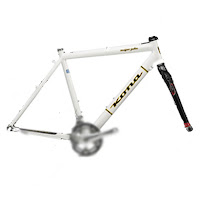 Posted by Shaun Radley at 8:32 AM No comments: 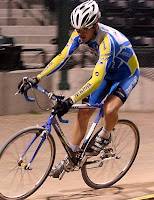 Phil Grove rides for the Sportmans Ski Haus Cycling Team out of the Flathead Valley. This past summer he won the Big Mountain Mountain Bike Series and has finished 2nd at Rolling Thunder in 2006. He recently returned to competitive cyclocross this past weekend in Helena. Below is his report.

Cox Lake CX marked my return from a two year absence of "competitive" cross racing. I was super pumped to race with my new boys Ben and Matty B on the famed Sportsman Ski Haus race team. Its always easier to go hard when your with amigos.
After six weeks without a race and still on my mountain bike, I had little hope for the day other than maybe gaining a couple points for my thunder start position. So Parsons and me (Ben also had little expectation after all his epic riding and no speed work) lined up at the back of a strong 22 or so field. A gentlemanly start quickly turned into the inevitable full throttle death match when some bunching occurred on the first steep climb sending the first 6 guys free from the group. I kept my cool as I still was feeling very glacial but after another botched run up on the first lap I found myself in a familiar place from the last two years: fodder. At this point the Flying Green Dragon (my bike, undefeated at Thursday Night Race League) started to rise from its fall slumber. Before I knew it, all cylinders were firing and the dragon was picking off riders at a rate of 1-2 per lap. The best way to see a race unfold is to go from back to front, scoping out all the mini battles for position. All over the course, Mtcx battled Gas battled sportsman battled old broadmark kit... However the Dragon dislikes people hanging on his wings so every time time I caught someone I would turn on the afterburners and get at least ten seconds up the trail. Soon I began to find myself amongst the heads of state in the Montana cross scene. Matty B was locking horns with Bob P and the two couldn't shake each other. Further up the trail, Tob-e was mashing a mean gear but allowed me a brief respite from breathing fire on the near vertical run ups. After the big engine from MTcx, I knew there couldn't be anyone left except the turbos Curry and Ben. I rode the last 4 laps at about 90% because if you don't get to the finish line in one piece you don't get to the line!
Out of old habit I didn't ask Ben if he won because I thought for sure it was MT's National Caliber Curry. Little did I know that the Red Rocket from the K.S.S.R (Ben Parson of Kalispell) had reached the upper atmosphere of MT cross racing and taken his first win of many more to come in the sport of cold hands and feet.
From the Dragons Den,
Pippo the Powerful
Posted by Shaun Radley at 8:13 AM No comments: 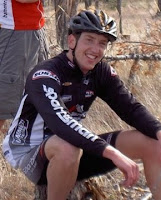 I was only able to attend part 2 of the Helena Omnium. Proctor, Herzig, Frank, Karl, Michelle, and Rick did an amazing job promoting the Omnium. The junior race was super cool, the course was legit, and the race was run professionally.

The uphill prologue was won by John Fiore. Second was Frykmaniac.

Yesterday's cx race was hard. With riders not used to the cold yet it took awhile to get the engines going. This was no more prevalent than with winner Ben Parsons. Halfway through the race his engine starting firing on all cylinders. He made a late charge on Curry and took the victory. W/O the Velo boys racing I thought it might be a GAS heavy race, but Sportsmans stepped up big. Big Bad Grove took 3rd on his mountain bike with a horrible start. Rounding out the all around day for the boys in black was Butterfield in 7th. Unofficially here's what I saw:

The first race of the day was exciting. A hot battle between RT champ Frykman and Curry was the highlight. At one point Curry was leading the whole race. Frykman battled back into the lead, but LCurry was too much and took the win. Kristian Miller from MSU was up front for most of the race, but he couldn't hold off a hard charging Cameron Johnson. Cameron made up ground all day.

Report from Overall Omnium Winner John Fiore. He won by one point over a hard charging Bryan Frykman. They battled through three events.

The 1,2,3 race began with about 10 riders. GAS had a strong line up and as the lone MTCX racer, I formed an alliance with Grove, Parsons and the Broadmark rider (Jeremy?). GAS went from the gun, sending Curry, then Morgan. We handled the initial attacks, then Bryan F. went, I chased, Parsons blew, and riders were lapped and pulled until it was down to Morgan and Curry off the front, then Bryan F, then Alex L. and I trading laps. Alex got me in the sprint as I had no sprint to offer. I took 5th in the crit which was good enough for the overall.
Posted by Shaun Radley at 8:31 AM No comments: