Walla? No, more important things to talk about THE ROCKY MOUNTAIN ROUBAIX 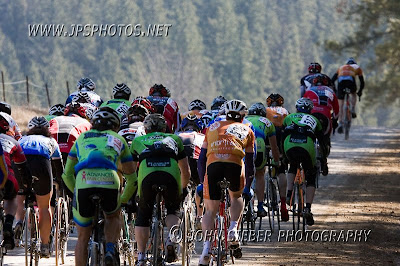 The picture above taken by Montana Photographer John Sieber is a familiar site in the Rocky Mountain Roubaix. Gasping for air on the dirt, focusing on the wheel in front of you. Or, maybe you'll have the legs to cut your own path like Muhly, Herzig, Jared, Aleto, or Bad Brad in the photo below 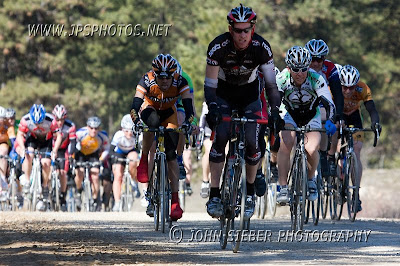 Who will add their name to the winners list. Last year's winner Eric Anderson from Vertical Earth did not race Frozen Flatlands or Walla. Will he show on Sunday? I don't know, but I do know that Vertical Earth and Emde are organized teams with strong riders. Gabe Varela (last year's Roubaix hero) is back and stronger then last year. The young gun was impressive at Flatlands, and comes into Roubaix with a full seaon of big time racing under his belt. Muhlfeld and Tack are both back to try and better their 2nd and 3rd place performances from a year ago.

So, who will win Sunday? I don't know. I've talked to people, paid attention to early season race results, and looked at past Roubaix performances, and I still don't know who's going to be there or who will even be in the front. The Roubaix is a race that you mark on your calendar. If your from the Missoula area it's a race that you target. I was talking to Mrs. Mtcx last night and she asked me why I focused all my training on the Roubaix? She reminded me that I've flatted both times I entered and rode solo for the last 30 miles off the back. She asked why focus on a race that has so many variables? I responded with why train for any other race?

There's something beautiful about being a player at the Roubaix. To me it's more important then any other result. Maybe it's because there are so many tortured souls at the Roubaix. Riders who get a flat every year. I remember Marzullo putting a seasons worth of work into the Roubaix only to flat on the last lap. Or how about Presta...he promotes the race year after year and loves it more then anyone, but has more flats in the Roubaix then all other races combined.

You hope each year that this is your year. You'll be a player at the Roubaix. You'll make it up the dirt climb on the backside, you'll read the right moves, you'll deliver the goods when it matters. If something happens to me on Sunday; bad legs, mechanical, crash, flat, I won't get to bummed. I know that I'll be back next year more amped then ever.

Is this your year to make something happen at the Roubaix?
Posted by Shaun Radley at 8:24 AM 5 comments: 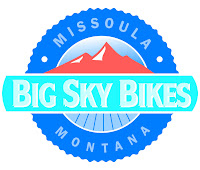 Congrats to our overall champs Matty Ice and Lindsay 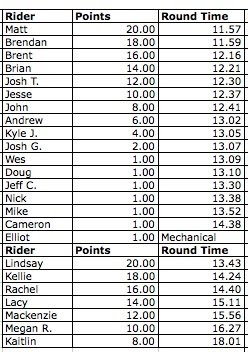 Campbell. Results are below.

TWTT Wrap-up from Montanacyclocross.com on Vimeo.
Posted by Shaun Radley at 12:44 PM 2 comments: