Tour of California Stage 6 - Was there any doubt? Levi takes it

For a couple minutes Dave Z looked prime to take stage 6. He was 8 seconds up on Gustav Larrsons time at the checkpoint. In his ultra aero tuck Dave looked amazing. However, you can't mess with Levi in the Solvang time trial. I loved the Montana shoutouts from Phil Ligget. He was talking about Levi's parents and grandparents over in Montana. It was sweet. The time trial didn't really shake anything up. George and Jens moved up quite a bit, but no one was a complete disaster. My favorite ride of the day was from Tom Zirbel. Another great tt perfromance. The Euro announcers (Backstedt (sp) and McCrossan) were saying he's primed for a pro tour team. Bissell had Zirbel 7th, Ben 11th, and Vennell 17th! Great riding!
To me it's very similar to last year. Just replace David Millar with Dave Z. So, what will Garmin do today and tomorrow? They will attack like crazy. Look to see both Tom's, Trent Lowe, and Christian flying up the road. Astana looks great for the overall victory, but Garmin won't give up without a fight. I think Columbia won't be as agressive. Hincapie and Rodgers aren't pure climbers. If Garmin animates with their pure climbers it will be interesting to see the diesel engine riders bridge up. Great racing ahead! 3pm Versus!
Also of note, Missoula's got some great group rides this weekend. Both today and tomorrow are going to be beautiful. 11am!
I wonder if the Seahawks will pick Crabtree.....
Posted by Shaun Radley at 10:20 AM No comments: Links to this post

Today at the Tour of California Mark Cavendish proved he is the fastest man in the world. His leadout man Mark Renshaw got it right and delivered Cav with 250 meters to go. The rest was all him, as he held an unbelievable speed holding off a dissappointed Tom Boonen. With 2k to go the road opened up and Team Columbia and Cervelo had a lead out train duel. Columbia was not going to be out done! Hincapie, Hanson, and Barry drilled it at the front and swamped Hushovd and company. Also of interest was seeing Basso, and Mancebo get caught out in the last 20k. The chase was really moving and there was a split in the peleton. Mancebo and Basso were forced to sprint across the gap. It was full on. The 6 man break was highlighted by Jeff Louder making his second break of the TOC, several small teams being represented, and Tour de France stage winner Peter Weening. Jelly Belly had youngster Matt Crane who in the end was the most aggressive. I was super proud of both him and Candian Cam Evans for not giving up in the last 5k. Crane attacked twice and Evans went solo before he got caught. Then in the confusing.....break being caught....and we aren't organized phase....none other then cyclocross stud Timmy Johnson and his yellow Mavic shoes jumped from the peleton. It was an exciting moment. He was joined by hard man Voight but the move didn't stick. It was sweet to see Timmy J mixing is up!

My pick for the day was Haedo. I think during the early years of the TOC, JJ was the fastest sprinter. However now Cali is the stomping grounds for the world's best sprinters to find their form. They had Brad Magee on the video and he said that Saxo Bank is looking to see Haedo step up to the elite level of sprinters. I hope he does it this year, but right now all he's got is a third.

Checking out the full telecast gives you a great perspective on the life of a domestique. Hats off to those worker bees. Props to Micheal Barry this year. He's just doing work.

Tomorrow is the showdown. Levi, Dave Z, Mick Rodgers, and Livestrong Lance. Who's your pick? 24k of hills terrain favors Levi. He knows the course and has been in this position before. However, that's not my style to pick the favorite. I'm going for none other then Lance Armstrong. The man from Texas is back. He will win the Solvang TT tomorrow.

How ironic that Cavendish almost pulled the early celebrate....just like last year when he nipped Boonen at the line while the big Belgium celebrated.

Beautiful weather and great racing yesterday. The three man break had strongman McCartney, US Champ Hamilton, and Serge Pauwels and young up and comer. It was good breakaway group. They worked together nicely and looked poised to stay away. Columbia, Quickstep, and Garmin all sent two guys to the front and drilled the pace. Unlike yesterday's casual reel in, this seemed to be a much more concerted chase. Micheal Barry and Kevin Hulsmans we're pegging it on the front for over 40k. The Cervelo boys lined it up again at the finish with Kalstrom and Rollin, but this time Hushovd settled for 4th as Cavendish used Thor's train. Boonen surged in the last 25 meters but it was too late. I'm enjoying Rock Racing's aggressive tactics. Mancebo won every sprint and almost every mountain yesterday to retain both those classifications. I still think their holding Sevilla back for an attack later in the race. Look for another sprint today. Mrs. Mtcx.com thinks a break will get away over the rollers, but I say Columbia smells another stage. My pick for today is J.J. Haedo. He has the most stage wins in TOC history. He was third yesterday and should have the support of his team today. His bro Sebastien has been sneaking in the top ten consistently, watch for him to place top 5 today. Have fun watching...remember cycling.tv (free) or amgentourofcalifornia.com (free).

I wonder how Powers is liking the TOC after a full cross season......
Posted by Shaun Radley at 8:18 AM 2 comments: Links to this post

Valley of the Sun - NRO Photos 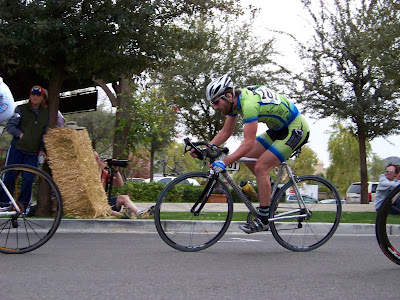 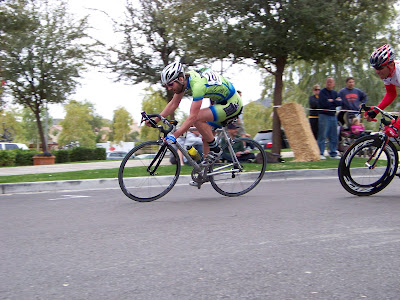 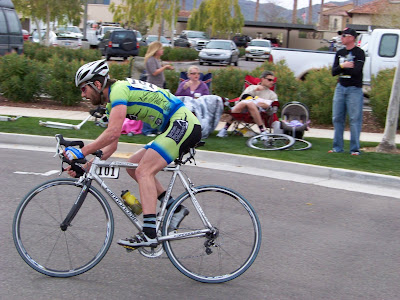 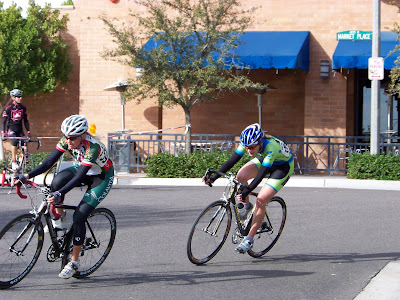 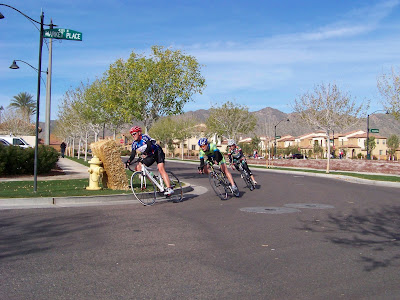 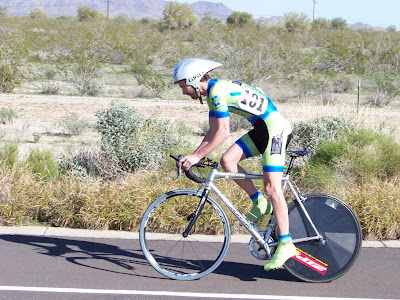 Photos by Tamara Bessette
Posted by Shaun Radley at 8:11 AM No comments: Links to this post 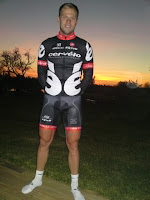 Thor Hushovd delivered a much needed sprint victory to the Cervelo Test Team. This new UCI team had a good win in Qatar with Roger Hammond, but I was skeptical about how they'd fair in bigger races. At the end of stage 3 it wasn't Columbia or Quick Step it was the Cervelo boys led by new recruit Dominic Rollin. Hincapie jumped early and Cavendish wasn't on his wheel...that was the deciding factor as that error put Cav back in 5-10 places. He just couldn't come around the Cervelo train in the end. The day was marked by a 4 man breakaway and Levi dumping himself on Lance's back wheel. Levi was fine, but it proves that even the best riders make mental errors. The 4 man breakway contained Utah's Jeff Louder and young star to be Bouke Mollema. Mrs. Montanacyclocross predicted Mollema and Louder would attack once the peleton got close and she was right. We we're pulling for Louder, but he just didn't have it in the end. Great ride by the BMC rider. Today's stage should be a good one. Look for Garmin to put the heat on Astana. Danielson and Van Velde are poised to attack. Also, I think Sevilla will be aggressive today.

I wonder what Pimpo is doing on the ranch today.......
Posted by Shaun Radley at 8:35 AM 1 comment: Links to this post

Tour of California Stage 1 and 2

Tom Peterson!!! Holy crap. I got in late last night from Stevens Pass, and was feeling under the weather so I turned on the TV to find a recap of yesterday's stage. Through the driving rain Levi blew the race up. He picked off the the breakaway riders and only one rider stayed with him on the climb....NW boy Tommy Peterson. He sat on Levi and the sprinted around him for the stage win. Not only did he get the victory but he kept Dave Z in the race for the overall. If that had been Jason McCartney or Carlos Barredo they would have helped increase the lead and Levi could have all but won the tour outright. Now we've got a glimmer of hope with an on form Dave Z and Michael Rodger in the TT. I loved seeing Ben Jacque Maynes and McCartney talking in the breakaway. I wish Ben could have hung on. Barredo is a very tricky rider and I thought he would figure out a way to win the stage.

It was interested to hear how surprised the announcers were about Mancebo's victory on stage 1. I think I heard them say it was the ride of his life. I guess it's all relative but does anyone remeber when Mancebo was a top 5 rider in the Tour de France?! The Tour of California is a big deal this year, but a top 5 in the Tour is a top 5 in the Tour! Mancebo's ride was similar to Dominic Rollin last year. Courageous, brave, tactical, and powerful, but the ride of Mancebo's life? I don't think so.

More importantly we had some MT racers doing work in Phoenix. Josh Tack, Tamera, and Ivy were all over in AZ to race Valley of the Sun. Tamera and Ivy were both top 25 in the TT and T made the front group during the road race. That's all I know right now. Stayed tuned for a full report.

Posted by Shaun Radley at 1:07 PM 2 comments: Links to this post