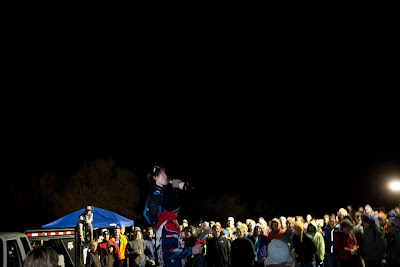 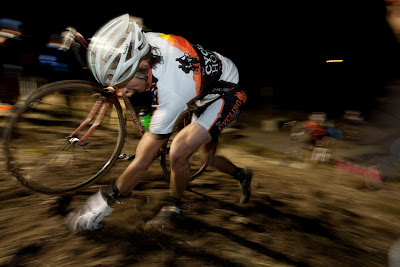 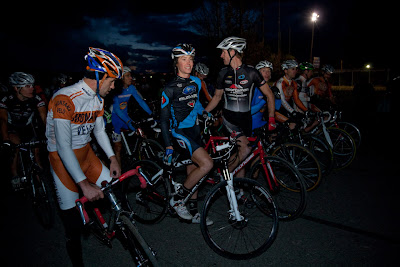 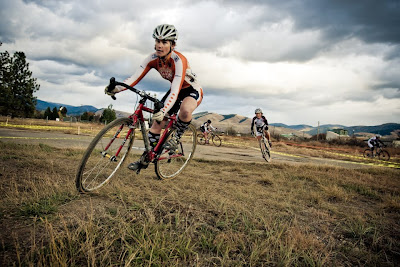 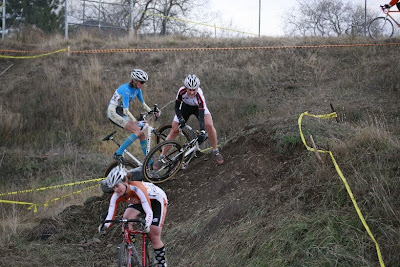 The beer was flowing and the music was blasting. The crowd had just finished performing their Michael Jackson “Thriller” dance. The whistle blew and Cycling House rider Owen Gue grabbed the hole shot. He led for the first two laps laying down a furious pace. The lead group was Schultz, Krieg, Bradford-Parish, and Owen Gue. Krieg attacked through the finish area and dropped Gue from the leaders. Then Schultz went for the kill shot, stomping on the pedals of his mountain bike. Defending Champ Krieg who’s recovering from a shoulder injury couldn’t stick with the Subaru Gary Fischer rider. In an impressive show of defiance Kevin Bradford-Parish would not let Sam ride away. Both Schultz and Bradford-Parish were riding the run- up. KBP stuck with Schultz for the rest of the race and lost at the line by a couple bike lengths. Krieg came home in third, and Gallatin Alpine Sports riders John Curry and Brian Frykman finished 4th and 5th.

Sunday’s race was on a faster track just down the street from Rolling Thunder. Greased Lightning started with a bang. Amy Frykman stole the show in the ladies race beating out Kris Walker. Patricia Dowd was third.

The men’s race saw Craig Richey dominate the field. After a mechanical took him out of contention the night before, Richey started out hot and didn’t look back. Sam Krieg hung with him for a while, but the Blue Cycles rider was just too much. Third was John Curry, closing out a consistent weekend.

-Andy and Sam’s dad Bill Schultz had a great showing in the masters race, winning the Fan Favorite award