Pulling into the parking lot at Marymoor park at dusk and the first thing we hear is the announcer calling for staging for the cat 3 men’s race. Big turn out as usual. I had my eyes open for the color blue o 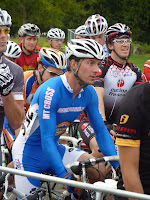 f the MT Cyclocross boys. I quickly found Bob Presta lined up at the back of the field in row eight which meant he was starting in the 40’s. After a quick hand shake with Bob the one minute to start was given so I backed off and turned on my camera. At this point in the evening the cross course was in absolute prime condition and the cat 3’s started real fast. Bob wasted no time in moving from the 40’s to top ten in a matter of a couple of lap’s. Very impressive! He rode a great race and kept moving up each lap to grab 3rd place on the day. Best ride of the night for me. Jesse D rode well but I didn’t get a chance to see where he finished.

Next up was the elite woman. Darkness was setting in and Lisa Curry was lined up with some HEAVY hitters. Helen Wyman from Great Britain, who is ranked number 8 in the world jumped into the lead early with a small chase group of the three girls close behind with Lisa chasing hard with another small group. Lisa rode a tough race on a course that started dry and tacky and finished with increasing rain and slick conditions and finished in 14th.

Next up the elite men. This race was stacked to say the least. European heavies from Denmark and Switzerland along with the usual suspects on the domestic scene took up the first three or four rows. Bozeman’s John Curry was knocking elbows with some fast crossers in the tough conditions from the git go and was mid pack on lap one. Moving up during the heavy rain and slick conditions got harder as he found himself on the deck crashing and passing for the early portion of the race. He finished muddy and raring to go for day two. I spent most of the race in the pit’s taking cover from the heavy rain in the neutral support tent.

Just like last year Starcrossed was held under rainy skys and day two at the Rad Racing GP just south of Tacoma took place under sunny sky’s. Cudos to Jesse Dolll who was called up for 5th place in the cat 3 men’s race just as I was coming back from a bike ride around the park. The womans race looked to be of similar size to last night and the separations happened very quickly. By lap two Sue Butler was off the front with groups of one’s and two’s chasing hard. Lisa Curry showed great consistency this weekend and battled in and out of the top ten for most of the race. She had a great sprint at the finish to come in 11th on the day.

The men’s elite race was equally stacked. I had a feeling John Curry was due to make good on some frustration from last night. After a viciously fast start down the paved 400 meter paved beginning section it was single file with gaps opening up early. John came by me on lap one in the 40’s but put on a great show and raced himself into the 20’s by the end. After finding his place during lap three and four he kept picking off riders for the entire second half of the race. His last pass happened just before the finish to come in 26th on the day.

Like always Montana racers showed they come to race and the start of the cross season got off to a very entertaining start here in the Northwest. I have a feeling if I was able to find myself at Rolling Thunder next month it would be right up there with the courses and entertainment I saw this weekend. Looking forward to hearing the stories. 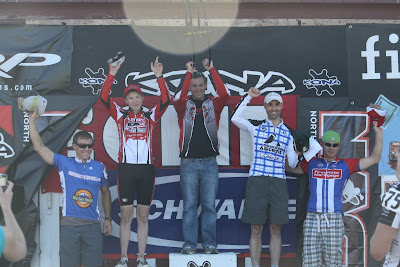 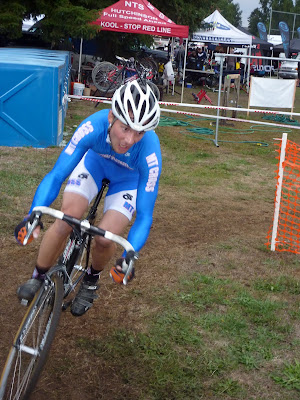 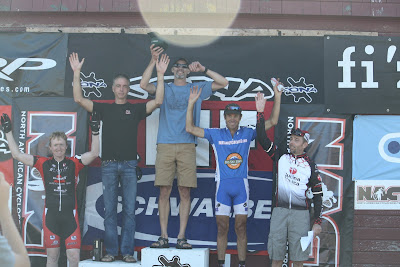 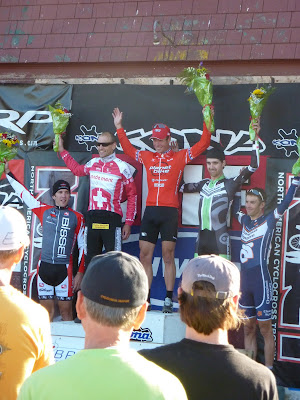 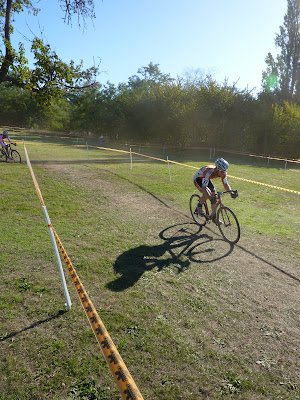 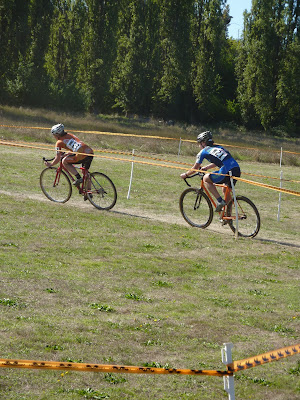