Book Review - We Might as Well Win - Johan Bruyneel

My folks bought me Johan Bruyneel's new book "We might as well win." I'm not a huge reader, but I was interested in the behind the scenes information of a winning Tour de France team. The book did not disappoint. Bruyneel goes in depth on racing in the pro peleton. It was cool to hear about the Lance days but even better to hear about the days he raced. He had interesting stories about race tactics and winning moves. For hardcore cycling fans there's definetly some annoying parts; like Bruyneel breaking down cycling lingo. He has to dumb down the cycling heavy talk to reach a broader audience. Also, Bruyneel comes across cocky at times. Which was a bit surprising to me. Overall though it's a easy read with some great insight to the pro peleton. It also teaches you a bit about race tactics.
Posted by Shaun Radley at 10:14 AM No comments:

Josh Tack has come out with an excellent blog reviewing bike equipment. Nacho Tack knows his !@#$%%

http://thatswhatshesaidaboutyourbike.blogspot.com/
Posted by Shaun Radley at 2:20 PM No comments:

Brendan Halpin has won the 2008 Whitefish Lake Triathlon. He beat out UM Triathlete and MT Crosser Matty Shryock. After a big night on the town Halpin came out flying on the sprint distance course. His experience and training paid off in a solid victory for the Whitefish native.

Also in the race were cyclocross superstars Clint "the lung" Muhlfeld and Doug "Dale" Shryock. The lung was handing it to Dale all race until the last part of the run when he started to make up ground. In traditional Dale fashion as soon as he saw Clint he yelled at him. That started the sprint and Clint got him at the line. If anyone has pictures of this send them to me ASAP. Imagine these two dudes sprinting to the line! 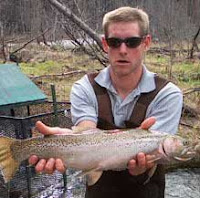