John, Bill, Longmire, and Proctor were the last Montanan's still racing cross. Geoff will head over to Euro Cross Camp and keep the ball rolling for America's finest. Here's the roster for this year's camp:

I'm glad that Shriver is going. He deserves the trip after a stellar year (7th at nats). I read his blog frequently http://www.mattshriver.missingsaddle.com/, and he seems like a really good guy who just loves to race. Also, I Nick Weighall his headed to Belgium. This guy has stormed on the scene. He's always been fast but this year he was mixing with the elite's.

For the rest of us Mon 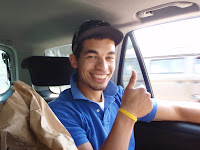 tanan's we are trapped in doors by frigid temperatures and howling winds. I like Jdunp's post about trainers. As for me I've been hurting since the cold weather hit. Two late nights last weekend, and no outdoors time except an attempt to ski at Snowbowl in -25 degrees. Downtown JB, Pipo, LCampbell, KG, and Kelly hit Pattee Canyon nordic last night. We need more snow. Anyways, I'm trying to get inspired by Tamera's Valley of the Sun trip, and UM Cycling's sudden takeover of the world, but it's not happening yet. I'd rather sip Alpine's and be a lodge queen.........
Posted by Shaun Radley at 8:57 AM

Anaconda Update:
It's cold. The last couple of days have been a little better, daytime highs peeking above 0. I got moved in without too much trouble. I think thats because I don't own any furniture. I have 3 completely empty rooms. I eat my meals on the floor. I think I'll get a card table. The hill is nice. The snow is cryptic, but we could use a little more. My skiing is coming along nicely. Today I linked 4 turns. More to follow.
Cheers,
Horan