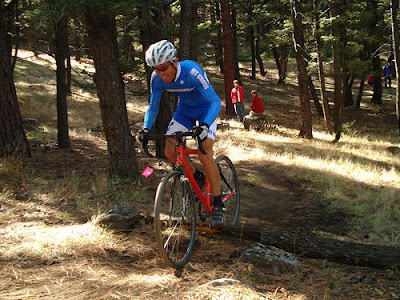 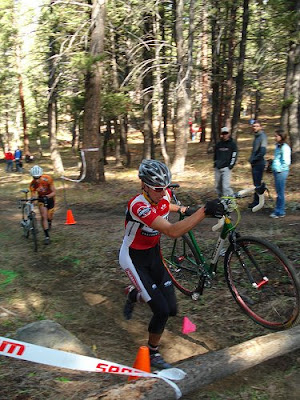 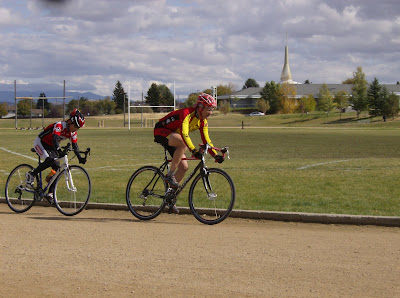 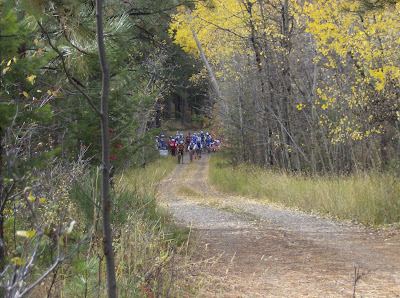 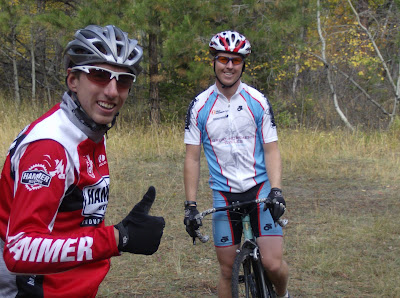 Props to Montana Velo. What a great race. Geoff Proctor's idea really came through this past weekend. The whole event had a relaxed, but competitive atmosphere. I had a blast. Thanks to Herzig, Frank, Michelle, and all the officials who made the weekend happen. Three events is a lot harder to organize then one.

It started off with the prologue on Saturday afternoon. Lots of racers decided not to do it and I think that was a mistake. It was an excellent course, and really provided something different. Basically you rode a mile uphill on dirt roads, then descended to a short run up. After that you turned the corner and took on the 200m run/bike to the finish. Other racers got to see everyone finish and the vibe was awesome. After just riding the course you knew how the other racers felt and you really cheered for them. It was a bonding moment. Riders powered there way up to the top. All strategies were used. Curry and Bobby looked like they were spinning, while Horan and LC were turning over a huge gear. Elliot and I tried running it. In the end Curry put 80 seconds in to second place's ride of the day Ben Horangatang Horan. Horan is MT cross's prologue specialist. He snatched second place from Bob. Also riding well was cat 4 phenom Karl Vanderwood who came in with the second fastest time overall.

After a good night's rest, we woke up and jammed to Cox Lake. Which is not only a sweet place to ride but Geoff's back yard. I don't see why the national team doesn't just spend training weeks out there. It's an amazing venue, that really has everything. In the ladies Kris Walker from Krieg cycling came out on a mission. Lisa stole the hole shot but Jill wore her down and passed her mid race. Lisa kept strong and held on for 2nd. 3rd was rookie crosser A. Frkyman who was impressive. 4th was M. Richardson who doubled as a volunteer the whole weekend (tough to do). 5th was Laurel who continues her great debut season. 6th was Julianna from Muleterro. Great riding ladies.

The men 4/master B race was another Karl Vanderwood show. He raced away from the field and looked incredibly smooth through all the technical sections. Jason Delmue looked like he'd been on the cross bike for years and came in 3rd. 2nd in the race was Schoenfelder on the mountain bike. He was powering through the back half like no one else all day. I watched the whole race and was really impressed with Red Barn Chad, Aaron Riley, and Muleterro Erik. Great technical skills by all three of those riders.

Master's A's started with the 1,2,3's and contained the always dangerous Bill Cochran, and Flathead Muller. I'm not entirely sure what happened in this race, but early on they were breathing down my neck. Cochran and Muller seemed to be leading the charge, but Sully was right there. Also Schoening and Coulthard were not to far behind. I think it finished off Bill, Muller, Sully but I'm not positive.

Herzig provided a call up which was sweet. It really gave a nice touch to the race. I ended up in the 2nd row out of 4-5 rows. The start was hot and Bob snatched the hole shot. The leaders established themselves early with Geoff, Curry, Frank, Bob, and Brad. Eventually, the Montana Velo train wore everyone down but JC. Who went on to win the race. He had a good gap, but not a great gap. The Velo riders were charging hard. Frank powered to 2nd and Geoff rode great again for 3rd. The podium was rounded off by Bob, and a hard charging Brad. Outside the top 5 it was a good race. To me it seemed like there were less mechanicals then Butte (besides Frykman, who finished on Horanimal's bike :)). Dale and Dave continued their long tradition of battling with Dale grabbing 6th and Dave 7th. Tomas and Bill had a similar battle, with I think Tomas snatching 8th and Bill 9th. Tomas is riding great this year (sweet Euro Meridian). 10th was seatpost breaking John Fiore. John continues his excellent riding. Other highlights included Connelly yaking and Halpin dropping his chain LOTS.

The dirt crit was sick. Great idea by Proctor. I was glued to the ladies race. It was very entertaining. Frykman attacked hard and created a pursuit for the whole second half of the race. Walker and Curry, two seasoned road racers looked like Tour riders eyeing eachother up in the finale. After a hard pull by Curry, Walker put everything she had in an attack and instantly gapped the GAS rider. She caught Frykman and won the race.

The 4's race was read well by Vanderwood who powered away in the end. Entertaining racing in the final group with Twohig, and Rick Finley really putting in the work. Also Muleterro Erik raced well in that group.

After watching the previous two races it looked like road tactics were the name of the game. We didn't know the numbers, but we knew we wanted to assure Bob of his second place, or win the dirt crit out right. The race started hot with Freight Train Frykman pulling hard into the wind. Then Tomas took a pull. After that is was me and I did not have the power to keep up the pace. Half a lap went by and Brad attacked hard on the right. Dale using his much improved road tactics marked the move straightaway. With Bob focusing on Curry, I thought this was a great move for the team. While Brad is a freak, I thought Dale was the only rider besides Bob from our team that could potentially stay with him. Before the race we instructed Dale to ride with Curry or Brad in a break to try and stay away and win the race. He tried his hardest, but Brad was too strong. After a valiant effort, Dale faded back to the pack. Kyle, Fiore, and myself saw this and moved to the front. Kyle pulled a lap, I pulled half a lap and that's all we had. The group whittled down thanks to hard riding by Dale, Halpin, Fiore and Dave. Brad had won with an amazing effort and the race for second was on. Fiore led the train going into the last lap. Bob attacked just before the last corner and beat a hard charging Curry by a length. Good exciting racing. Bad Brad is strong!

Congrats to Bill Cochran for winning the masters A overall and hanging in the elite crit group. In the 1,2,3 omnium Curry won, followed by Bob, and Dave.
Posted by Shaun Radley at 8:52 AM